Across southern California, there is a range of predicted outcomes from models of climatic change, with general predictions for the western U.S. indicating that temperatures will increase overall and there will be a general trend toward increasing variability in precipitation and an increase in drought events. Maintaining regional biodiversity and ecological function of our natural landscapes in the face of a changing climate coupled with ongoing land use development is one of the central and burgeoning issues facing land managers. In southern California, ecological networks established under California’s Natural Community Conservation Planning (NCCP) program have been developed in response to the widespread habitat fragmentation in the region. Landscape connectivity allows for movement among patches of suitable habitat, reduces the chance of extinction for small populations, maintains gene flow in patchy landscapes, and protects populations against catastrophic risks. Over longer time scales, and in the face of changing environmental conditions, connectivity will also prove critical for facilitating range shifts in response to landscape changes caused by development, changing climate, and altered disturbance regimes.
Final Report Download
Final Report Appendices A-C Download
Final Report Appendices D-G 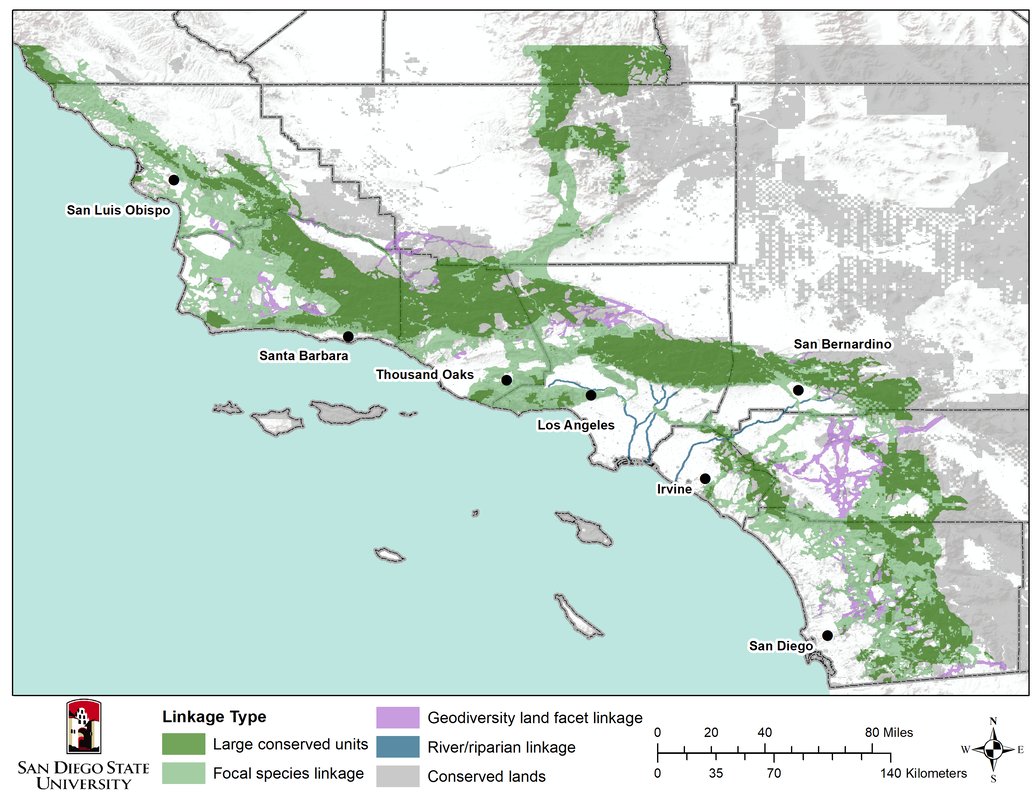